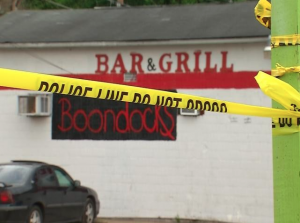 Did negligent security contribute to this fatal shooting? Read Our Legal Take to find out if the victims and their families may have a claim for compensation.

A shooting at Boondocks Bar in Charleston reportedly claimed the life of 32-year-old Jamaine Sutton and left several others injured Saturday morning, May 14, 2016.

According to Fox 11 News, “an altercation broke out at Boondocks Bar on the West Side of Charleston at about 2 a.m. Saturday and numerous rounds were fire inside and outside the bar.” Mr. Sutton suffered a fatal gunshot wound and several others were transported to the hospital with injuries.

The ABCA is allegedly working with police to suspend Boodocks’ liquor license. WSAZ 3 News reports, “According to Metro 911 there have been 120 calls for service at the Boondocks since May 1 2015. There have also been 48 ‘extra patrol’ calls, which is when the Charleston Police Department will mark in the area for extra patrols.”

Bar and nightclub patrons have a right to be safe and secure while on the premises of the establishment that they are visiting. Given the alleged history of violence on property, The Murray Law Firm questions the level of security provided to patrons of the bar and whether this shooting may have been prevented.

Generally, nightclub owners are required to protect all patrons legally on the premises from any foreseeable harm. Should the facts of this matter reveal that the owner or management of the establishment failed to provide adequate security to protect those on its premises, the family of Jamaine Sutton may elect to seek justice and pursue a legal claim for his wrongful death. Additionally, the other victims of this shooting may pursue legal claims for their injuries.

Given the complexities of pursuing a negligent security case, it is imperative that the victims retain an experienced attorney who can ensure the preservation of any and all evidence that may support such a claim. Based upon its prior experience in handling property security negligence claims, The Murray Law Firm suggests that photographs and a thorough, unbiased inspection of the property will need to be performed immediately, before any evidence may be repaired, damaged or destroyed.

We represent our Clients on a contingency agreement, which generally means that no fees or payments are owed until and unless we recover. Anyone seeking further information or legal representation is encouraged to contact us via e-mail (click here) or by telephone at 888.842.1616. Consultations are free and confidential.