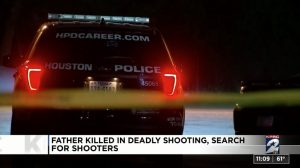 Did negligent security contribute to the shooting death at a Houston apartment complex and are justice and compensation available to the victim’s family?  Read Our Legal Take below to find out what legal options are available.

A man lost his life after a shooting at a Houston, TX apartment complex early Tuesday morning, April 14, 2020.

As reported by Click2Houston.com, “the shooting happened at around 1:20 a.m. in the 5600 block of Royal Palms when the victim opened the door of his apartment and was greeted by gunfire.”

According to the report, “Chris McLennan, was shot and died in [the roommates] arms.”

Chron.com is reporting, “[t]he two victims, ages 17 and 18, were part of a fight between nearly 30 people in the apartment courtyard in the 5600 block of Royal Palms Drive around 1 p.m….[t]he argument was over the deadly shooting, which happened in the same complex around 1:30 a.m.”

According to the report, “[a]t some point during the argument, someone pulled a gun and shot into the crowd…[t]he two young victims were rushed to nearby hospitals, where they were listed as stable.”

The investigation into the shootings is ongoing.

Residents and guests of apartment complexes have a right to feel safe and secure while on the premises. The level of security provided at the complex is of significance, and is a relevant consideration when analyzing whether this shooting may have been prevented.  The following questions are also important in assessing whether this incident may have been avoided:

The Murray Law Firm has extensive and successful experience in handling security negligence claims on behalf of victims and their families, and suggests that an immediate, unbiased inspection of the property will need to be performed so as to limit evidence from being altered, damaged or destroyed.  The complexities of pursuing a negligent security case are well understood by the legal team at The Murray Law Firm, and it is imperative that the family of Chris McLennan and any injured victims retain a capable law firm who will work without delay to protect their interests.