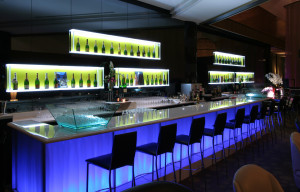 It is your responsibility as establishment owners and managers to ensure that your customers enjoy the evening as safely as possible. These precautions help create a positive relationship between you and your neighbors, and they help ensure that your establishment is free from any illegal activity. –DC Metropolitan Police Chief Cathy L. Lanier

By law, nightclub owners and managers are required to protect all patrons legally on the premises from any foreseeable harm. Should a nightclub owner or manager fail in this legal duty, victims of nightclub sexual assault may elect to pursue a legal claim for their injuries and suffering. Under such a claim, victims of sexual assault may be entitled to an award of damages that could include, among other items, substantial monetary compensation for: pain and suffering; past and future medical expenses; loss of wages and future earning capacity; disfigurement; and, mental anguish.

Photographs and a thorough inspection of the scene will need to be performed on behalf of the victim immediately before any evidence, such as register receipts or surveillance footage, may be destroyed. As such, it is imperative that nightclub sexual assault victims speak with an experienced premises liability firm immediately to ensure their interests are protected.

We are here to Help. Contact us for a Free Consultation.

The Murray Law Firm has extensive and successful experience in representing victims of nightclub sexual assault and security negligence in and we offer our legal expertise, if desired. Anyone seeking further information or legal representation is encouraged to contact us at 888.842.1616. Consultations are free and confidential.