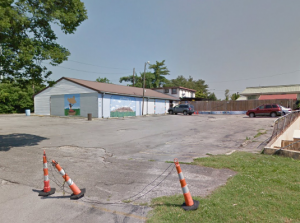 Did negligent security contribute to the death of one man and the life-threatening injury of another? Read Our Legal Take to find out if the victims and their families may have a legal avenue for justice and claims for compensation.

A shooting at Kilimanjaro nightclub in Nashville reportedly claimed the life of one man and left another critically injured Sunday morning, September 25, 2016.

According to The Nashville Patch, “[s]hots rang out at the Kilimanjaro nightclub on Artic Avenue near Brick Church Pike at 5:15 Sunday morning.” Two men were transported to Vanderbilt University Medical Center with gunshot wounds, where one victim succumbed to fatal injuries. The second victim apparently suffered “life-threatening injuries.” His current condition has not been released.  WKRN.com indicates that “Metro police identified the victims as Abdinasir Jimale, 38, and 21-year-old John Morrow…Both were transported to Vanderbilt University Medical Center with life-threatening injuries. Morrow has since died from his wound, and Jimale is in critical condition.”

Kilimanjaro nightclub was the subject of a prior fatal shooting investigation in May 2015, The Nashville Patch reports. During that investigation, The Patch reports, The Tennessee Alcoholic Beverage Commission noted, “the club had a history of difficulty maintaining order.”

Nightclub and parking lot patrons have a right to feel safe and secure on the property that they are visiting. The Murray Law Firm questions the level of security provided at the nightclub and whether this tragedy may have been prevented.

Generally, property owners are required to protect all patrons legally on the premises from any foreseeable harm. Should the facts of this matter reveal that the nightclub or parking lot owner failed to provide adequate security to protect those on its premises, the family of deceased victim may seek justice and elect to pursue a legal claim for his wrongful death. Additionally, the other victim of this attack may pursue legal claims for his injuries.

Based upon its prior successful experience in handling security negligence claims on behalf of victims and their families, The Murray Law Firm suggests that photographs and a thorough, unbiased inspection of the property will need to be performed immediately, before any evidence may be repaired, damaged or destroyed. Given the complexities of pursuing a negligent security case, it is imperative that the victims’ families retain an experienced attorney who can ensure the preservation of any and all evidence that may support such a claim.