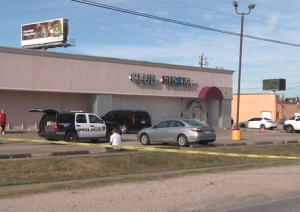 A fight in the parking lot of a nightclub reportedly claimed the life of one person and left several others injured Sunday morning, February 14, 2016.

According to KHOU News, “[o]ne man was killed and four others were injured in a shootout early Sunday morning outside a club in southeast Houston” following an altercation between two groups broke out inside the nightclub and spilled out into the Winkler Drive parking lot, around 6:30am. One person apparently retrieved a pistol from his car and opened fire into the crowded parking lot. A nightclub bouncer reportedly fired back, fatally striking the gunman, per media reports. Three female bystanders were also struck and injured in the exchange of gunfire. Their conditions have not been released.  According to the news outlet, the bouncer was an employee of “Joe’s Night Club” although “[t]he club is marked ‘Club Fiesta’ from the outside.”

Nightclub patrons have a right to be safe and secure while on the premises of the establishment that they are visiting. The Murray Law Firm questions the level of security provided to patrons of the nightclub and whether this horrific shooting may have been prevented.

Generally, nightclub owners are required to protect all patrons legally on the premises from any foreseeable harm. Should the facts of this matter reveal that the nightclub owner or management failed to provide adequate security to protect those on its premises, the injured bystanders may elect to seek justice and pursue legal claim for their injuries.