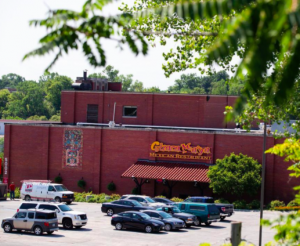 Could the tragic loss of this heroic young father have been prevented and is justice available to his family?

The two brothers were apparently shot while “trying to defend their friend” in an altercation outside “Guaca Maya” restaurant, according to the Omaha World-Herald. Tragically, Franco Gonzalez-Mendez succumbed to fatal injuries. He leaves behind a 4-year-old daughter. Edgar Gonzalez-Mendez suffered a gunshot wound to the right cheek. His current condition has not been released.

The restaurant was reportedly the location of a stabbing investigation in March and a shooting eight years ago, per Kearney Hub reports.  The news story states that an individual was “stabbed in a late-night carjacking outside Guaca Maya.”

Did negligent security contribute to this Omaha shooting? We represent individuals and families who have suffered a tragic loss or injury as a consequence of negligent property security. Read Our Legal Take below to find out if the Gonzalez-Mendez family may have a legal avenue for justice and claims for substantial compensation in Nebraska, or call now for a free consultation with our legal team: 888.842.1616.

Restaurant and nightclub patrons have a right to feel safe and secure while on the premises. The Murray Law Firm questions the level of security provided on the property and whether this tragedy may have been prevented.

Generally, property owners are required to protect all those legally on the premises from any foreseeable harm. Should the facts of this matter reveal that the property or business owner failed to provide adequate security to protect those on its premises, the family of Franco Gonzalez-Mendez may seek justice and elect to pursue legal claims for their loss. Additionally, Edgar Gonzalez-Mendez may also elect to pursue legal claims for his injuries.

We’ve Recovered Millions for Victims of Restaurant Security Negligence…Contact us Now for a Free Consultation.