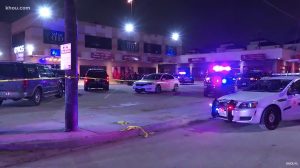 Could the shooting at a Houston nightclub have been prevented and are justice and compensation available to the victims families and other injured victims? Read Our Legal Take below to find out what legal options are available.

Update: KIRO7.com is reporting, “Houston police confirmed on Wednesday the identities of the three men killed in the shooting as 19-year-old Jailyn Bernard Page, 21-year-old Bryce Lee Goddard and 22-year-old Christopher Donshae Jackson, 22. All three were pronounced dead at the scene.”

Gunfire rang out at a Houston, TX nightclub Tuesday night, October 20, 2020, leaving three people dead and one other person injured.

As reported by DFW.cbslocal.com, “[p]olice were called to the DD Sky Club at about 9:45 p.m. Tuesday on reports of multiple people dead inside.”

According to the report, “[o]nce there, officers found three people dead at the scene and a fourth person in critical condition.”

KHOU.com is reporting, “[p]olice were told there was a fight inside the club, which is located on the second floor of a shopping center, and at least two people pulled out guns and opened fire, shooting into the crowd.”

Per the report, “[a] security guard told KHOU 11 they search all the men who come into the venue but not the women, and they believe the guns were sneaked in by women.” 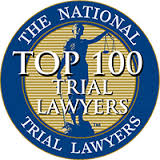 Nightclub patrons have a right to feel safe and secure while on the premises they are visiting. The level of security provided at the property is of significance, and is a relevant consideration when analyzing whether this shooting may have been prevented.  The following questions are also important in assessing whether this incident may have been avoided:

The Murray Law Firm has extensive and successful experience in handling security negligence claims on behalf of victims and their families, and suggests that an immediate, unbiased inspection of the property will need to be performed so as to limit evidence from being altered, damaged or destroyed.  The complexities of pursuing a negligent security case are well understood by the legal team at The Murray Law Firm, and it is imperative that the families of the families of the Jailyn Bernard Page, Bryce Lee Goddard, Christopher Donshae Jackson and any injured victims retain a capable law firm who will work without delay to protect their interests.