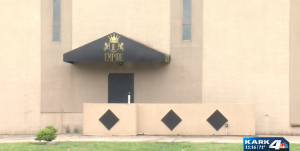 Did negligent security contribute to this shooting and are justice and compensation available to the victims?

According to KATV.com, “Little Rock police responded to a shooting at Club Empire at 3315 W. Roosevelt Road around 1 a.m. on Saturday.”  KARK.com is reporting, “Officers found a man shot twice in the abdomen, a woman shot in the upper thigh, fracturing her pelvis, and another woman shot in the heel. None of the injuries are considered life-threatening.”  According to the news story, “witnesses saw several people fighting and then someone pulled out a gun.”  Fox16.com reports that “[t]he club posted ads on Facebook for the event which stated, ‘security strictly enforced.'”  According to the Fox16 news story, “[a]t past events the club hired off-duty police officers as added security, but according to Little Rock police club management did not feel that was needed for this event.”  The police are still looking for the suspect according to the media reports.

Nightclub patrons have a right to feel safe and secure while on the premises. The Murray Law Firm questions the level of security provided at the nightclub and whether this tragedy may have been prevented.

Generally, property owners are required to protect all those legally on the premises from any foreseeable harm. Should the facts of this matter reveal that the nightclub station owner failed to provide adequate security to protect those on its premises, the victims may seek justice and elect to pursue legal claims for their injuries.