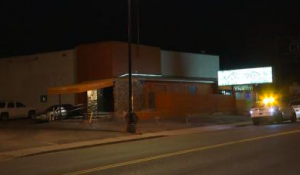 Did negligent security contribute to this nightclub parking lot shooting? We represent individuals who have suffered a tragic loss or sustained an injury as a consequence of negligent security. Read Our Legal Take to find out if the victim of this horrfic incident may have a legal avenue for justice and claims for substantial compensation.

A man was reportedly shot and injured during a robbery outside Stone nightclub Thursday morning, November 10, 2016.

According to CBS Denver, “Denver police say someone robbed two men at gunpoint in the club’s parking lot just before 2 a.m. Thursday.” The gunman apparently opened fire during the course of the “robbery-turned-shooting,” striking and injuring one of the victims. The victim was transported to the hospital with injuries. His current condition has not been released.

Local residents reportedly told media, “dangerous activity near the club is common.” CBS Denver reports, “in March, a man was found dead outside the nightclub, prompting a homicide investigation.”

Nightclub and parking lot patrons have a right to feel safe and secure while on the premises of the establishment they are visiting. The Murray Law Firm questions the level of security provided in the parking lot and whether this shooting may have been prevented.

Generally, property owners are required to protect all patrons legally on the premises from any foreseeable harm. Should the facts of this matter reveal that the parking lot owner or management failed to provide adequate security to protect those on its premises, the victim may seek justice and elect to pursue a legal claim for his injuries.