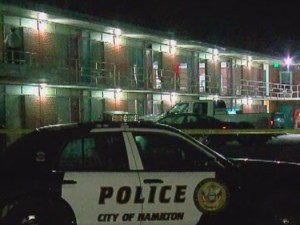 Did negligent security contribute to the violent stabbing of these two men? Read Our Legal Take to find out if the victims may have a legal avenue for justice and a claim for compensation.

According to ABC 9, “[t]he stabbing of two men during a fight at the Hamilton Inn Sunday was just another in a long list of violent altercations, drug crimes, thefts and other disturbances there.”

Hotel guests have a right to feel safe and secure while on premises. Given the alleged history of violence on property, as reported by ABC 9, The Murray Law Firm questions the level of security provided at the hotel and whether this attack may have been prevented.

Generally, hotel owners are required to protect all guests legally on the premises from any foreseeable harm. Should the facts of this matter reveal that the hotel management failed to provide adequate security to protect those on its premises, Mr. Cerdera-Jacinco and the other victim of this attack may seek justice and elect to pursue a legal claim for their injuries.