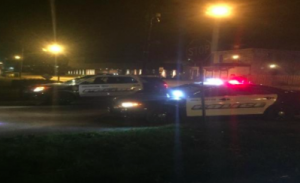 Did negligent security contribute to this triple shooting? We represent individuals and families who have suffered a tragic loss or injury as a consequence of negligent security. Read Our Legal Take to find out if the victims may have a legal avenue for justice and claims for substantial compensation in West Virginia, or call now for a free consultation with out legal team: 888.842.1616.

According to WSAZ News, the triple shooting “happened at Gary’s Place,” a bar which the Huntington City Council ruled “a public nuisance” back in August. Police apparently told media gunfire erupted following a “disagreement between the shooter and the victims.” All three were transported to the hospital with injuries.

“Over the last several years, police have responded to at least 150 calls at Gary’s place,”per WSAZ reports. The Alcohol Beverage Control Administration is now reportedly “suspending their liquor license pending a revocation hearing.”

Bar and nightclub patrons have a right to feel safe and secure while on the premises. The Murray Law Firm questions the level of security provided at the bar and whether this shooting may have been prevented.

Generally, property owners are required to protect all patrons legally on the premises from any foreseeable harm. Should the facts of this matter reveal that the bar owner or management failed to provide adequate security to protect those on its premises, the victims may seek justice and elect to pursue a legal claim for their injuries.