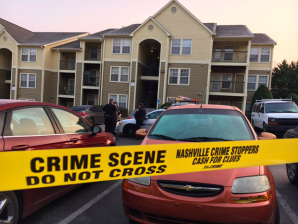 Did negligent security contribute to the tragic death of Adonilfe Isai Aquilar Escobar? We represent, and have recovered millions of dollars for, families who have suffered a loss as a consequence of negligent apartment security. Read Our Legal Take to find out if the Escobar family may have a legal avenue for justice and claim for substantial compensation.

According to WKRN News, police believe Mr. Escobar may have been “followed” home after an altercation at a nightclub.  He apparently took a taxi from the nightclub “to the Overlook Apartments on Bell Road, which is where police say he was staying.” Mr. Escobar was fatally shot shortly after exiting the cab at the apartment complex.

Apartment residents and guests have a right to feel safe and secure within the community. The Murray Law Firm questions the level of security provided at the apartment complex and whether this tragic loss of life may have been prevented.

Generally, property owners are required to protect all residents and guests legally on the premises from any foreseeable harm. Should the facts of this matter reveal that the apartment complex owner or management company failed to provide adequate security to protect those on its premises, the family of Adonilfe Isai Aguilar Escobar may seek justice and elect to pursue a legal claim for his wrongful death.