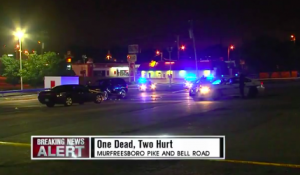 Did negligent security contribute to the death of one man and injury of two others? Read Our Legal Take to find out if the victims and their families may have a legal avenue for justice and claims for compensation.

According to WVLT 8 News, “[t]he early Saturday morning shooting happened at Reign Night Club and Sports Bar. The three men had left the venue around 2:30 a.m. when the shooter approached their SUV and opened fire.”

The victims were reportedly transported to Vanderbilt University Medical Center. WKRN News reports, 37-year-old LeAnthony Cathey “was shot in the abdomen” and 30-year-old Malcolm Fuller “suffered a wound to his arm.” Their current conditions have not been released. Police are still searching for a suspect.

The nightclub was apparently the subject of prior shooting investigations in May 2016 and April 2015, according to WKRN reports.

Nightclub and parking lot patrons have a right to feel safe and secure on the property that they are visiting. Given the reported history of gun violence as reported by WKRN, The Murray Law Firm questions the level of security provided in the parking lot where this incident occurred and whether it may have been prevented.

Generally, property owners are required to protect all patrons legally on the premises from any foreseeable harm. Should the facts of this matter reveal that the owner or management of the parking lot or nightclub failed to provide adequate security to protect those on its premises, the family of Mr. Long may seek justice and elect to pursue a legal claim for his wrongful death. Additionally, Mr. Cathey and Mr. Fuller may also pursue legal claims for their injuries.