Did negligent security contribute to this double shooting? Read Our Legal Take to find out if the victims may have a legal avenue for justice and claims for compensation 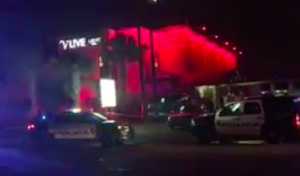 According to ABC 13, the shooting occurred “at the V Live Club in southwest Houston.” There were apparently “200 people inside the club” when gunfire erupted, around 4 a.m.

ABC 13 reports that victim “Ricky Lunford was shot in the face and was taken to the hospital. He is expected to survive.” A second victim was apparently transported to the hospital by private vehicle. That victim’s current condition has not been released.

Authorities have not yet identified suspects or a motive. The nightclub was reportedly the subject of an assault and robbery investigation in June 2016, according to FOX 26 News.  Per that report, an individual “was brutally attacked outside [the] popular Houston nightclub.”

Nightclub patrons have a right to feel safe and secure on the property that they are visiting. The Murray Law Firm questions the level of security provided at the nightclub and whether this shooting may have been prevented.

Generally, property owners are required to protect all patrons legally on the premises from any foreseeable harm. Should the facts of this matter reveal that the nightclub owner or management failed to provide adequate security to protect those on its premises, the victims may seek justice and elect to pursue legal claims for their injuries.