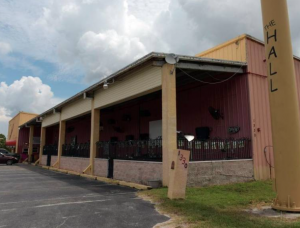 Did negligent security contribute to this unconscionable nightclub assault? Read Our Legal Take to find out if the victims may have a legal avenue for justice and a claim for compensation.

“Shots were fired inside The Hall nightclub, 1330 U.S. 301 N., Palmetto as the club was about to let out for the night,” police told the Bradenton Herald. “One man shot in the chest was taken to Blake Medical Center and is expected to survive, police said. Another man shot in the leg and taken to Manatee Memorial Hospital is also expected to recover.” Several others were apparently injured while trying to escape the violent scene.

Police have apparently not yet identified a motive or suspect.

Nightclub patrons have a right to feel safe and secure on the property that they are visiting. The Murray Law Firm questions the level of security provided in the nightclub parking lot and whether this shooting may have been prevented.

Generally, property owners are required to protect all patrons legally on the premises from any foreseeable harm. Should the facts of this matter reveal that the nightclub owner or management failed to provide adequate security to protect those on its premises, the victims may seek justice and elect to pursue a legal claim for their injuries.