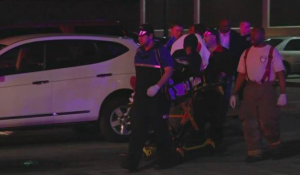 Five people were reportedly injured during a shooting at the Western Hills Mall in Fairfield Friday night, February 19, 2016.

According to News 7, two people were shot “in the Western Hills Mall” while three others were injured during the chaos. Police apparently believe one of the two shooting victims was “directly targeted, while the other was an innocent bystander.”

Police are still searching for a gunman and motive, presumably leaving patrons concerned for their safety. Media reports indicate another shooting apparently occurred at the mall in April 2014.

Shopping mall patrons have a right to be safe and secure while on the premises of the establishment that they are visiting. Given the reported history of gun violence on property, The Murray Law Firm questions the level of security provided to mall patrons and whether this unconscionable attack may have been prevented.

Generally, shopping mall owners and managers are required to protect all patrons legally on the premises from any foreseeable harm. Should the facts of this matter reveal that the owner or management failed to provide adequate security to protect those on its premises, the injured bystanders may elect to seek justice and pursue legal claims for their injuries.