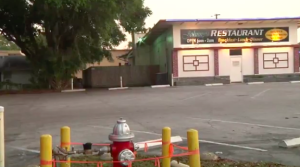 Was security negligence a factor in the St. Augustine shooting?  Read our legal take.

According to News 4 JAX, police were already at the scene “helping to control about 300 people who were outside of the nightclub” when gunfire erupted. Per media reports, police discovered “three people lying behind the building. Two of them had been shot and were hospitalized….The third victim sustained blunt force trauma to the head and was airlifted to UF Health Jacksonville.”

Police have not yet identified a gunman or motive, leaving some local residents concerned for their safety. Neighbor, Carl Thibault, has apparently complained to the city about large crowds exiting the nightclub in the past.

“When it closes, is when it gets really dangerous. It’s because they come out of the club and they’re still all amped up and they bring it out to the parking lot….,” Mr. Thibault told News 4.

Nightclub and restaurant patrons have a right to be safe and secure while on the premises of the establishment that they are visiting.  Given the alleged report of “dangerous” parking lot conditions as noted in the New 4 JAX story, The Murray Law Firm questions the level of security provided to patrons of the restaurant and whether this violence may have been prevented.

Generally, restaurant and nightclub owners are required to protect all patrons legally on the premises from any foreseeable harm. Should the facts of this matter reveal that the owner or management of the establishment failed to provide adequate security to protect those on its premises, the victims may elect to seek justice and pursue legal claims for their injuries.

Given the complexities of pursuing a negligent security case, it is imperative that the victims family retain an experienced attorney who can ensure the preservation of any and all evidence that may support such a claim.  Based upon its prior experience in handling property security negligence claims, The Murray Law Firm suggests that photographs and a thorough, unbiased inspection of the property will need to be performed immediately, before any evidence may be repaired, damaged or destroyed.