Security Negligence? Our Legal Take: 5 Shot at Apartments in Murfreesboro

Did negligent security contribute to this horrific apartment shooting? Read Our Legal Take to find out if the victims may have a claim for substantial compensation. 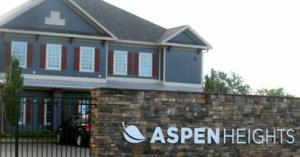 Five people were reportedly injured during a shootout at the Aspen Heights apartment complex early Sunday morning, May 1, 2016.

The Daily News Journal reports that “[p]olice were called to the scene of a party at Aspen Heights Apartments” on Old Castle Drive, around 1:00am, where a “fight had broken out and multiple people had been shot.” One witness described the crowd prior to the shooting to DNJ, “There were so many people, the parking lot was full. There were cars everywhere.” A few hours later, the same witness woke to gunfire and “saw several people shooting at each other, and…other[s] trampled as the crowd ran, trying to get away.”

Police have not yet identified the gunmen, presumably leaving residents once again concerned for their safety. DNJ reports, “Aspen Heights has been the site of several criminal incidents recently, from car burglaries to other gun-related crimes….” Another violent crime raises grave questions over security at the complex.

Apartment residents and guests have a right to feel safe and secure within the community. Given the alleged history of crime on property, The Murray Law Firm questions the level of security provided at the apartment complex and whether this horrific assault may have been prevented.

Generally, property owners are required to protect all residents legally on the premises from any foreseeable harm. Should the facts of this matter reveal that the complex owner or management company failed to provide adequate security to protect those on its premises, the victims may seek justice and elect to pursue a legal claim for their injuries.