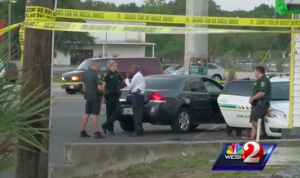 Did negligent security contribute to the kidnapping and loss of this young man? Read Our Legal Take to find out if the victim’s family may have a legal avenue for justice and a claim for compensation.

21-year-old Alexander Previlus was reportedly shot and killed after being kidnapped from an Orlando gas station Thursday night, July 14, 2016.

According to WESH 2 News, “[Mr.] Previlus was forced into a vehicle at gunpoint Thursday night. It happened around 11 p.m. at a gas station on North Powers Drive, near Silver Star Road. Deputies searched for several hours, and then found his body around 4 a.m. Friday just a few miles away from the gas station, on Coral Cove Drive.”

Police have apparently not yet made an arrest.

Patrons have a right to feel safe and secure while on premises of the establishment they are visiting. The Murray Law Firm questions the level of security provided at the gas station and whether this tragedy may have been prevented.

Generally, property owners are required to protect all patrons legally on the premises from any foreseeable harm. Should the facts of this matter reveal that the gas station owner or management  failed to provide adequate security to protect those on its premises, the family of Alexander Previlus may seek justice and elect to pursue a legal claim for his wrongful death.