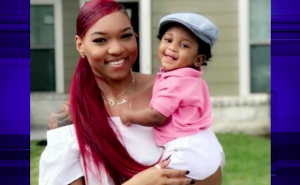 23-year-old Taylor Phillips, a Houston Mother, was struck and killed by an allegedly impaired driver, according to ABC 13. Ms. Phillips’ mother, Carmen Rainer, and her 1-year-old son survived the accident.

According to FOX 5, “surveillance footage obtained from the bar in south Houston” where the individual was drinking reveals the impaired 19-year-old driver “had apparently been drinking for 6 hours before getting behind the wheel.” Police told media the business “surveillance shows he may have had 12 beverages in total including 3 shots of tequila.”

“Five bar employees who served [the driver] at [the location] were arrested and charged Wednesday for serving alcohol to a minor,” ABC 13 reports.

As the details of this tragedy continue to develop, and if the driver is found to be at fault, the family of Taylor Phillips may elect to file civil claims in her wrongful death. Additionally, the family may also pursue claims against the business owners, should they be found to have violated the law. Under Dram Shop laws, vendors selling alcohol may be held liable for an injury or death caused by an individual to whom alcohol was sold if the individual was (1) obviously intoxicated to a point that the individual was a clear danger to the safety of others; and, (2) the intoxication was the proximate cause of the inner or death.

Based upon its experience and success handling motor vehicle accident and dram shop liability cases, The Murray Law Firm suggests that the Phillips family should retain an experienced personal injury firm to protect their interests and ensure an unbiased investigation. Photographs of the vehicles and roadways involved and a review of traffic and bar surveillance footage will need to be performed immediately before any evidence is damaged or destroyed.

The Murray Law Firm has obtained over $100 million dollars in verdicts and settlements for its Clients, including for victims of motor vehicle accidents such as this one. We represent our Clients on a contingency agreement, which generally means that no fees or payments are owed until and unless we recover. Anyone seeking further information or legal representation is encouraged to contact us via e-mail (click here) or by telephone at CALL NOW: 888.842.1616. Consultations are free and confidential.