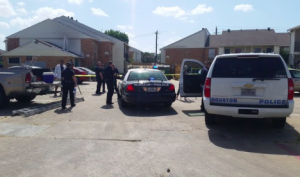 Did negligent security contribute to the death of this young woman? Read Our Legal Take to find out if the victim’s family may have a legal avenue for justice and a claim for compensation.

27-year-old Marissa De’Sha White was reportedly shot and killed in the parking lot of the Crofton Place Apartments Thursday, July 14, 2016.

According to Click2Houston, Ms. White “was killed…following two separate shootings…at the Crofton Place Apartments in the 9500 block of Crofton Street.”

Police were apparently responding to reports of a break-in and shooting at the apartment complex when a second, fatal shooting occurred. Click2Houston reports, “[Ms.] White was shot in the head just before an officer was arriving in response to the first 911 call.”  Authorities have indicated that Ms. White “was standing in the parking area separating…two buildings” at the complex.   The apartments were apparently the location of a prior shooting in June 2014 according to The Houston Chronicle.

Apartment residents and guests have a right to feel safe and secure within the community. Given the reported history of gun-violence on property as indicated in the June 2014 Houston Chronicle story, The Murray Law Firm questions the level of security provided at the apartment complex and whether this shooting may have been prevented.

Generally, property owners are required to protect all residents and guests legally on the premises from any foreseeable harm. Should the facts of this matter reveal that the apartment complex owner or management company failed to provide adequate security to protect those on its premises, the family of Marissa De’Sha White may seek justice and elect to pursue a legal claim for her wrongful death.