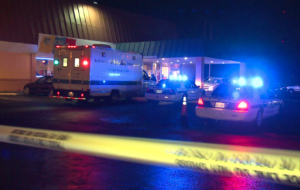 A 21-year-old father of two was reportedly shot and killed inside Illusions Night Club in Richmond early Monday morning, January 25, 2016.

NBC 12 reports, gunfire erupted on the dance floor of the club, around 1:00am, fatally striking the young man in the back.

NBC 12 reports, “it’s not clear how the suspect…got a gun inside the club…[as] everyone was supposed to go through metal detectors.”

Police have allegedly charged a suspect in connection with the shooting.

Nightclub patrons have a right to be safe and secure while on the premises of the establishment that they are visiting. The Murray Law Firm questions the level of security provided to patrons of the nightclub and whether this tragedy may have been prevented.

Generally, nightclub owners are required to protect all patrons legally on the premises from any foreseeable harm. Should the facts of this matter reveal that the nightclub owner or management failed to provide adequate security to protect those on its premises, the family of young victim may elect to seek justice and pursue a legal claim for his wrongful death.

Given the complexities of pursuing a negligent security case, it is imperative that the victim’s family retain an experienced attorney who can ensure the preservation of any and all evidence that may support such a claim.  Based upon its prior experience in handling property security negligence claims, The Murray Law Firm suggests that photographs and a thorough, unbiased inspection of the property will need to be performed immediately, before any evidence may be repaired, damaged or destroyed.