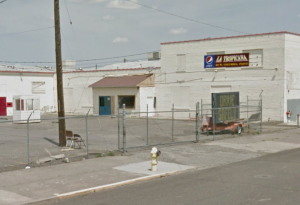 Per media reports, Mr. Villar was shot multiple times outside La Tropicana nightclub, on West Columbia Street, around 1:30am. The young victim was apparently transported to Lourdes Medical Center where he tragically succumbed to fatal injuries.

According to the Tri-City Herald, “The shooting Sunday wasn’t the first at the dance club, which allows entry to guests 18 and older, and also serves alcohol. A drive-by shooting in 2011 outside the club injured a former owner.”  Authorities have allegedly made two arrests in connection with the shooting.

While relieved the alleged assailants are in custody, The Murray Law Firm is questioning whether the shooting may have been avoided and whether a potential nightclub security lapse may also hold responsibility in this tragedy.

Generally, nightclub owners are required to protect all patrons legally on the premises from any foreseeable harm.  Should the facts of this matter reveal that the owner or management of the nightclub failed provide adequate security,  the family of young Eduardo Angon Del Villar may elect to pursue a legal claim for his wrongful death. Under such a claim, the family may be entitled to substantial compensation for their loss.  Given the complexities of pursuing such a potential case, it is imperative that the family immediately retain an experienced attorney who can ensure the preservation of any and all evidence that may support such a claim.  Based upon its prior experience in handling nightclub security negligence cases, The Murray Law Firm suggests that photographs and a thorough, unbiased inspection of the property will need to be performed immediately, before any evidence may be repaired, damaged or destroyed.

The Murray Law Firm has extensive and successful experience in representing victims of security negligence occurring in parking lots and nightclubs.  We have recovered millions of dollars for our Clients, and one of our Clients recently obtained a $29.25 million dollar verdict.

We offer our legal assistance, if desired.  We represent our Clients on a contingency agreement, which generally means that no fees or payments are owed until and unless we recover.  Anyone seeking further information or legal representation is encouraged to contact us via e-mail (click here) or by telephone at 888.842.1616. Consultations are free and confidential.