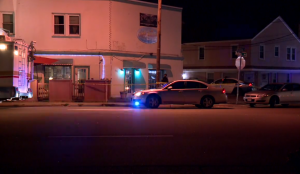 Did negligent security contribute to the tragic loss of Jermaine Marcus Iriarte and are justice and compensation available to the victim’s family?

A man is dead after being found shot at a Portsmouth, Virginia bar early Tuesday morning, March 5, 2019.

According to Wavy.com, “officers responded to [a bar] on Airline Boulevard just after 1 a.m. Tuesday…[and] found a man suffering from a gunshot wound to the upper body.”  The news story reports “medics pronounced the man, later identified as 34-year-old Jermaine Marcus Iriarte, of Portsmouth, dead on scene.”

The property where this shooting occurred has apparently been in the news before.  According to WKTR.com, the news outlet “has covered two different shootings at this same location,” one incident in April 2017 and one incident in October 2018.

The suspect was arrested according to media reports.

Bar patrons have a right to feel safe and secure while on the premises. The Murray Law Firm questions the level of security provided at the bar and whether this tragedy may have been prevented.

Generally, property owners are required to protect all those legally on the premises from any foreseeable harm. Should the facts of this matter reveal that the bar owners failed to provide adequate security to protect those on its premises, Ms. Iriarte’s family may seek justice and elect to pursue legal claims for their loss.

Based upon its prior successful experience in handling security negligence claims on behalf of victims and their families, The Murray Law Firm suggests that photographs and a thorough, unbiased inspection of the property will need to be performed immediately, before any evidence may be repaired, damaged or destroyed. Given the complexities of pursuing a negligent security case, it is imperative that Mr. Iriarte’s family retain an experienced attorney who can ensure the preservation of any and all evidence that may support such a claim.